I won’t ask how are you, because I know you would be gleaming with happiness living in your beautiful world. And I wish you to be always the same. I won’t ask you about your whereabouts either, because it will tempt me to follow you no matter how far you are.

Do you remember the first day we met and I had almost evinced that I like you until you told me something that stopped me right there? Since that moment, I never stopped loving you. Day after day after day, it just kept on growing stronger. My love for you is like sleep. It started slowly and I fell all at once. People say there is no magic in this world. They just don’t look for it in the right place.

Days bled into years. There are things in life which are hard to change. Yes, “The fault in our stars” is still my favorite and no matter how many times I watch it, my heart takes control over my brain and I think of nothing but you. I dated many gorgeous girls, yet my heart longs for you. I traveled places to look for someone like you, yet when I see pictures of us, my breathes skip.

While I am composing this, that song is playing in the background and I feel so much connected with it:

So many people all around the world,
Tell me where do I find, someone like you girl,
Take me to your heart, take me to your soul,
Hold my hand before I’m old,

Just wanted to let you know, you are the only love of my life. Hope someday you will understand my feelings and that day would be the second happiest day of my life.
Yours,
Peter 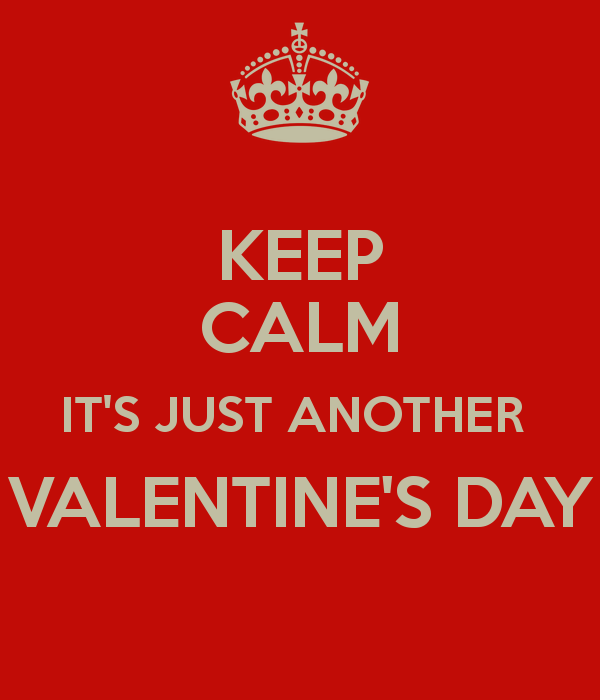 It’s been 8 years in row when I last laughed on the day of romance. Every year, I had a belief that may be I would be lucky to get a chance to smile again, lucky to meet special someone to share my feelings with again. With years, my thoughts matured as I grew up. I know if someone is meant to be with you, to love you, to smile with you, to go nuts with you, there won’t be a valentine’s day to decide this. A valentine’s day is just another day. People have found extraordinary love on ordinary days.

I now spend the day in peace. It has become more of a habit now. I wake up in the morning, brush my teeth, take a shower, talk to people, like statuses of people falling in love, close my eyes for a while and wonder if anyone special is there out for me, dine and go to sleep. With each passing year, I have grown stronger in matters of love. Now I am careful because I know at the end of the day, it hurts. Breakup is painful. It cripples your brain and breaks down your nervous system. You just can’t think straight. You keep on asking the same question over and over again, “Why me?.

You must be wondering if I am optimistic about this year. Well I am not. It’s not because I am looking for the perfect girl. I am looking for someone I can spend next 50 years of my life with irrespective of all her imperfections. Perfection is a myth. A perfect girl doesn’t exist. I am looking for someone with whom I can talk to for hours without getting bored. A girl who can understand me when noone will. A girl with whom I can share my craziest of thoughts without worrying about her reactions. A girl who is as weird as I am. A girl who has passion, confidence, is willing to take chances and explore the world. I find confidence a terribly sexy quality in girl. When I see her, it feels like fireworks are going off. And and… style. She should really know how to wear a dress. Finding such a girl would take time. A day won’t change a dime. I would prefer to wait than hurry. The secret formula to be happy is to be with someone who makes you feel alive every single time you see her smile. It makes you realize that you are the reason behind her pretty smile and whatever you do, is worth it because moments like this are precious.

So this year also I will pass the day silently pretending that it is just another day. I will wake up in the morning, brush my teeth, blah! blah! blah!, dine and go to sleep.

Happy valentine’s day in advance! If you have got that special person, you are the luckiest 🙂 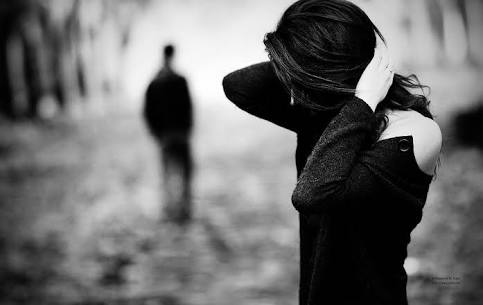 I very well remember the day I met you. The day I saw you, I talked to you.

As I’m writing this, all those golden moments we spent together are flashing in front of my eyes. Those were some of the best days of my life and you changed me for good. I learned to laugh. I learned to care. I learned to see the world from a different perspective altogether. All I can say is that you have given me memories I will cherish. You had a bad impression on me in a good sense. I am a very careful person. But for some reasons, it was hard to be careful when you were around me. I am the kind of person who prefers to bottle up the feelings to make sure noone gets hurt.

While I always liked you and loved you, you never really cared about my feelings. All those long hours were fake. Somehow, I feel you knew this all along. I waited long, really long. Days, weeks, months.

I can’t do this anymore. I can’t let emotions trick me into false believes that we can be together. If we were meant to be together, it would have already happened.

In this dilemma between heart and mind, heart has played me enough. Love was always my weakness. It’s time to let mind take the decisions. It’s time to move on. So here is me, letting you finally go. I wish you all the best. Whatever you do, be happy. Because it was your smile which made me fall for you the very first day. 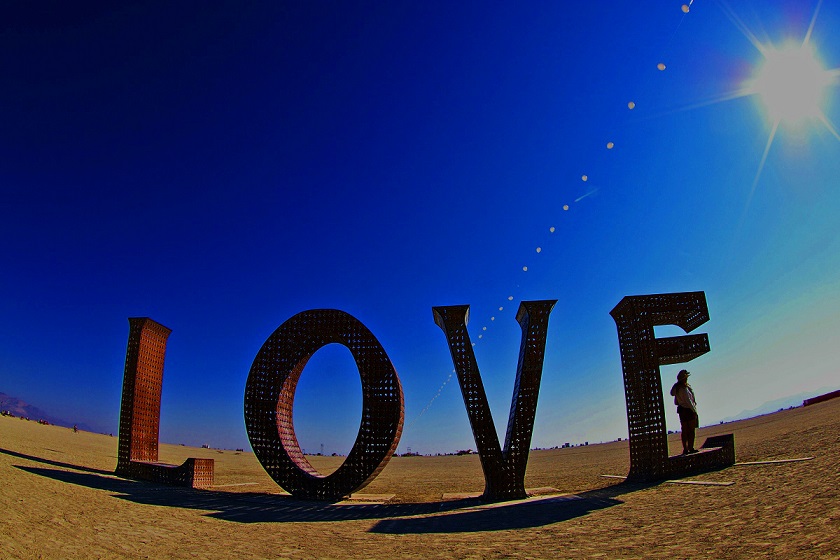 A thousand memories rolled down like a motion picture in his eyes when he heard her name after all those years.

“Just an acquaintance”, he whispered with a hard smile as his eyes were strong enough to hold the tears.
He always found challenging to express his feelings for her. How life could have changed if he would have dared once, had spoken those feelings ballooned inside the heart, he was wondering. He knew, somewhere she too had a soft corner for him.
Someone has rightly said, When in love, express it, keeping it to yourself doesn’t help either.
All those memories started playing like a flash motion. He was time travelling in the memory chains.
How can he forget the very first, all of a sudden, small chit chat with her. He still remembers that evening in the library, that she had turned from boring monotonous into a beautiful memory that he still cherishes.
“Hey! I am Ritika”, she said in a joyous tone and moved her hand in an amicable gesture. I am not sure if we know each other, but we are in the same section.
Well it was sort of most unexpected event one could have ever imagined. His eyes grew wide in surprise and he felt like someone has poured bucket filled ice inside his stomach.
Did she catch him looking at her from the corner of book? It was true that he visited library in evening hours just to see her, to see her smile. Her smile that always seemed to hypnotise him. There was such an enchantment she had in her sapphire blue eyes. He could feel his tongue magically glued with some invisible string.
“Hey! I am Ritika”, she chirped again. This time she was smiling. He guessed she had figured out he was not expecting her, at least not at this point of time, when there were people around, sitting in couples, reading, teaching and whispering so called romantic talks.

“Oh Hi!”, he replied briskly.
“I am Siddhartha”, he was very quick and nervous. “You can call me Sid”, he further added.
“If you don’t mind, can you please help me with few questions? Exams are near and there is so much to read and I haven’t got many friends”, she was somehow able to bind all these words in a deep single breathe. He didn’t need to be very observant to say she had prepared this in prior. She indeed knew well how to break the ice.
“Yeah! Sure”, he still couldn’t believe all this was happening in reality.
She pulled a chair and sit beside him opening the book. His senses were lulled by her ravishing perfume as she pushed herself closer to point to the problems she was finding difficulty into.
“What will he do when he is not able to solve the problem? No, it won’t be good to loose impression in the first encounter itself. She had confidence in him and what will happen if he breaks it. Won’t she think he is just a show off?”, his head was spinning with many questions. Fear seemed to wrap him under her arms.
“But he hardly faced problem in maths before. After all it was his favorite subject and he could spent hours solving equations and all as if it were his girlfriend”, another voice was overpowering the cold fear.
The problems turned out to be a cake walk. There were few instances when he felt she already knew the solution. “Is she testing his intelligence?”, He spoke to himself.
He didn’t have to think much. It was already 6 in the evening and she needed to rush for the hostel. She broke his reverie by snapping her fingers.
“It was nice to meet you Siddy. Hope to see you soon”, she said in sugar coated voice and hurried herself outside the library room before he could say anything. “And thanks”, a distant voice broke the grave silence.
That evening was different. He could feel it. And he realized it when his roomie asked, “Why are you smiling on your own?”
“Just remembered an old joke on pudding”, he replied trying to hide what had just happened.

Few moments no matter how long, give you the best smile, the best happiness.   He spent whole night awake listening to “Only you” in loop.
Looking from a window above, it’s like a story of love
Can you hear me
Came back only yesterday
I’m moving further away
Want you near me

To be continued…
Signing off for now. Hope you enjoyed reading this. Part is here – Stranger. Friend. Lover. Acquaintance. – Part 2